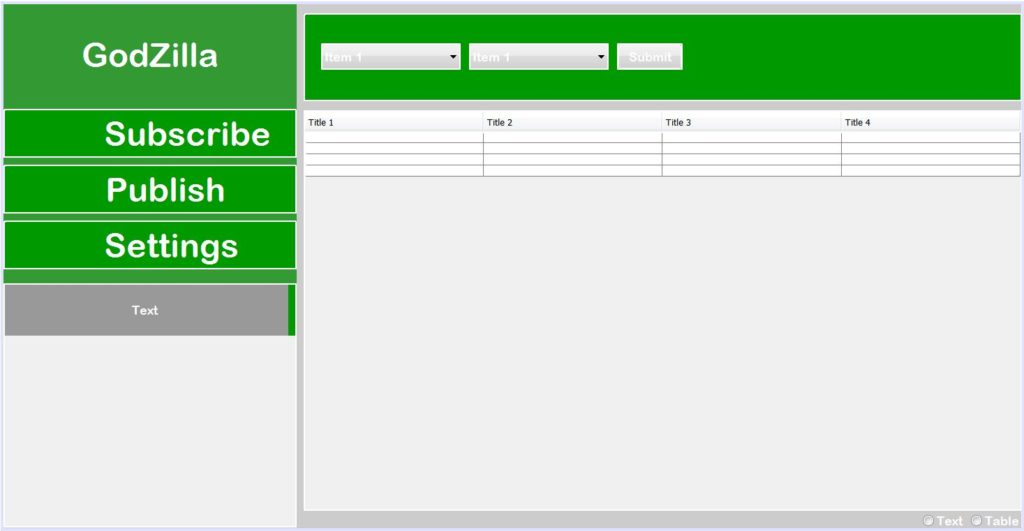 The following application was created by a project with the purpose to display the Kafka streams from the broker inside a GUI.

The goal was to implement an application that is capable of displaying Kafka streams from different topics inside one GUI.

GodZilla is based on a spring boot java microservice architecture. Therefore, one of the key features of the application is the low consumption of resources, as the framework allows for the efficient distribution and usage of resources in general.

the architecture includes multiple packages, such as the Apache Kafka client, the JSON libraries JSON-Simple and the Apache Maven package for Build, Deployment, and Testing.Another key feature provided by this application is the displaying the Kafka stream inside a table or in the raw format.

Lastly, the publishing part of a stream to the broker is the last feature.

Architecture and functional principles of GodZilla

Before starting the application, you must ensure that the corresponding Kafka server are running.

The application supported also the opportunity to publish a JSON string to the connected Kafka broker.

The application is currently in the developing status (0.0.1). The status will be set to stable on March/April 2019.